Graceland University
« Back to Recent News

According to their website, Better Angels is a citizens' organization uniting red and blue Americans in a working alliance to depolarize America. You can learn more at www.better-angels.org.

Graceland will host Better Angels founder and president David Blankenhorn to lead Saturday's events. Attendees of the workshop will participate in different skills workshops and debates structured in a way meant to prioritize active and effective communication while preventing the discussion from shifting to personal attacks.

Through this event, Ginger and Sarabia hope to create a network of college-aged students committed to working together to understand that just because you disagree with each other, it doesn't mean you have to hate each other.

Ginger said of the movement, "The political environment in the United States has been extremely tense the past few years, with politicians and everyday citizens alike demonizing and throwing vitriol the political 'other.' This has only been increasing since the 2016 election cycle, but it doesn't have to be this way, and students at Graceland University are helping to try and end this polarization."

Ginger is the president of the Young Democrats and Sarabia of the Campus Republicans, and they are co-presidents of the Better Angels club on Graceland's Lamoni campus. They will sponsor a "civility week" leading up to the Saturday event, which will include events for Graceland students focused on civility and coming together even among disagreements.

"Civility Week is an opportunity for our community to come together and reunite as one," explained Sarabia. "The goal is not to demonize one side of the political aisle, but to humanize all."

Ginger and Sarabia have invited groups from nearly 20 colleges in the region to this kickoff event, although it will be open to anyone who would like to take part. Contact Anthony Ginger at ajg1@sting.graceland.edu or Christian Sarabia at css1@sting.graceland.edu if you are interested in attending.

The two college political party leaders attended Better Angels' first-ever national convention last summer, and their unlikely friendship was featured on multiple news stories, including ABC's Nightlight. As a result of their experience at the workshop, they have made many contacts, and their interest in the mission of Better Angels has continued to grow. You can read more about their story in a recent Horizons alumni magazine feature at www.graceland.edu/magazine/fall2018-we-are-we. 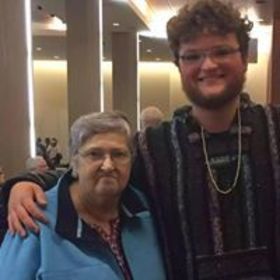 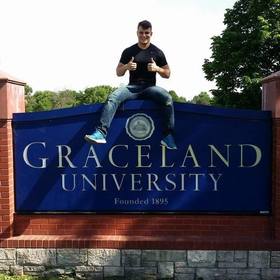